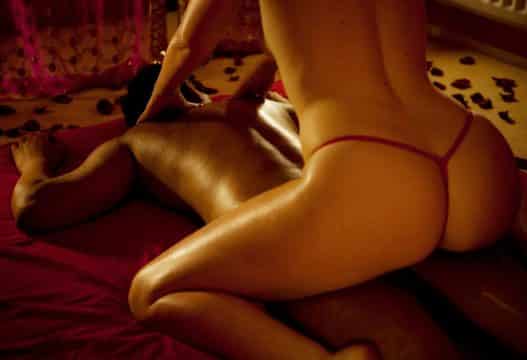 (can’t? let me know and I’ll give you some tips) you need to work out if extras are on offer and if so, what extra’s are available.

So you’ve been led to your cubicle and the girl has told you to take off your clothes and lie down and she’ll be back soon. Once the massage starts there are always a few signs that extras are going to be offered, here are some of the signs I’ve come across;

The masseuse stays in the room whilst you’re getting unchanged

If she doesn’t bother to cover your ass/groin with a towel. Then she clearly has no problems eyeballing an erection. So probably can be persuaded to purge it.
Stroking of sensitive parts. If your ass and balls are getting plenty of stroking when you’re lying on your stomach then she probably will be offering extras. This isn’t always the case though. Some girls either like teasing the hell out of us or don’t realise that balls and ass send happy signals to your penis. I’ve had more than 1 massage where the girls stroked the hell out of my tender components and then when it came to the end of the massage she clapped her hands and said. “Would you like a shower?” and I was just left thinking. “There’s only one part of me that wants to shower someone!”

Smiling at the sight of an erection

If you see the girl smile or compliment your erection when it comes time to turn over then extras are likely to be quoted. At least I like to think that she’s smiling at the thought of extra income…but…what if she’s actually smiling at the meagre size of my manhood?…lets…lets just move on…If you’re not getting the “extras” vibe from your masseuse then here are a few tricks you can pull to improve your chances or make it a little more obvious that you’re up for a happy ending.

Now I don’t mean as soon as you walk into the place. That’s likely to get you thrown into jail where you’ll just get massaged by a guy called Bubba…internally. Once you’re in the cubicle. Remove ALL your clothes. Don’t leave your underwear on as it just complicates things and makes the girl think that maybe you’re one of those guys who’s just after a standard massage. Yup there’s weirdo’s like that out there. Hard to believe right? If the girl tells you to leave them on then, of course, you follow the rules and do so but even therapeutic places often request you to fully strip.

Make the girl feel comfortable. Chat with your masseuse and make her feel at ease rather than lying there like a corpse. If you develop a connection then she might be more accommodating with extras at the end of the massage. Don’t get too chatty though and forget about what’s going on. Sometimes I get caught up in a conversation and when it’s time to turn over. I realise with horror that I haven’t even been noticing those arousal fueling strokes. I don’t even have an erection which awkwardly takes us to our next point.

This point does NOT mean “turn up to the massage shop sporting an erection” as it’s going to be very awkward asking for massage details with tented pants. What I mean is…If the girl is unsure if you’re wanting a happy ending then having an erection when you turn over is a good start as it’ll show her that you’re excited and likely in need of relief.
Make appropriate sounds. When the masseuse strokes or touches something you like then let her know with an “ah” “nomnomnom” or an “ohhh” or simply tell her that feels great. Don’t go too crazy and start roaring or moaning as sound always carries in those cubicles!

If all else fails and the massage is winding up and a happy ending hasn’t reared its lovely head. Then you may just want to ask her if she offers any extras or happy endings. It’s likely it isn’t the first time she has been asked so she hopefully won’t be offended. But if she says no then drop it and chalk it up as a good massage. Resign yourself to a furious masturbation session when you get home!
Next update we’ll cover “What extra’s are available and how much should I be paying” but if you have any questions then let me know.